Breakout Crystal Palace prospect Tyrick Mitchell has caught the attention of the England youth setup, with England U21s manager Aidy Boothroyd offering the possibility of Mitchell receiving a call-up for fixtures against Andorra and Albania in November.

The Young Lions sealed Euros qualification with a 2-1 win against Turkey on Tuesday night in a match where Palace’s attacking midfielder Eberechi Eze came on as a sub in the 63rd minute.

The England boss admitted those two games both are now a chance to experiment with his squad, with the former Brentford academy talent being potentially in line for a call-up.

“Certainly, the latter, we’re looking all the time,” said Boothroyd when asked about discussions with Roy Hodgson over featuring the young defender in his squad.

“Our analysts and insights department are pushing players on me all the time. We’ve got a really good depth of talent…but there’s always one which comes out of the pack.

“It was Alfie Mawson from Fulham a couple of years ago. It was Hamza Choudhury who came out from nowhere in the last one. There’s no reason why any player couldn’t put themselves into the starting line-up or the squad. I’ll be out on the road and having a look and having a check on him.”

“There are always those that come out of left field,” he added. “That’s why we’re so diligent in our scouting; making sure we’re getting around seeing all the players, getting to the clubs because it’s important that we’ve got that relationship with them and we put the player first.

“We know that we’ve got quite a bit to do (before the European championship). I’ve got the core of the squad in my mind for the Euros, and how I want us to play and what I want us to do. We just need to see now if we can get through between now and then and hopefully get on board all the players that are needed.”

Mitchell has featured in the full 90 minutes of the last six Premier League games for the Eagles as cover for Patrick van Aanholt, who suffered a dislocated shoulder at the end of the 2019/20 season.

An England youth call-up would serve as a promising boost to Mitchell’s career as he looks to hold down a more important role in Hodgson’s plans.

Boothroyd clearly holds an openness towards his inclusion, which should give Palace fans cause for excitement as Mitchell looks to boost the bright career ahead of him. It remains to be seen as to whether he will be included, but the latest comments are certainly promising for the player and the fans alike. 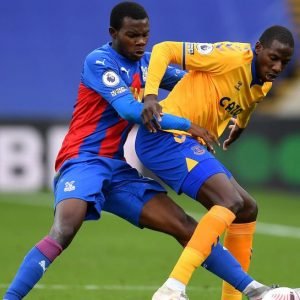 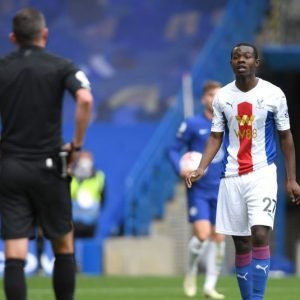