Crystal Palace have recently been linked with a swoop for River Plate striker Rafael Santos Borre.

According to El Intransigente, Palace have been showing an interest in the forward ahead of the summer transfer window.

But, who is he? We have compiled a factfile to help you learn a little bit more about the goalscorer.

Rafael Santos Borre is a 24-year-old Colombian striker who stands at 5ft 9.

He currently plays for River Plate in the Superliga in Argentina and wears the number 19 shirt.

Borre began his career at Deportivo Cali in Colombia, scoring 14 goals in 26 league games before being snapped up by Spanish giants Atletico Madrid.

They then loaned him back to Cali before sending him to Villarreal for a season, scoring two goals in 17 La Liga appearances and twice in the Europa League.

He then signed for River Plate in the summer of 2017 on a permanent deal. Since joining the club he has scored 20 goals in 57 league appearances, including 12 goals in 18 starts so far this season.

Borre only represented Colombia at one age group in his youth career, scoring four goals in 15 appearances for the under-20 squad. He then made his Colombia Olympics debut in 2016, making one appearance.

In 2019, Borre was handed his first cap for Colombia at senior level, coming on as a substitute against Brazil. He has made one further appearance for his country to date.

The report claims that he has a release clause in his River Plate contract which allows him to leave for a fee of €25m. This means that Palace will need to shell out €25m in order to land him this summer, although it remains to be seen whether there are any other interested clubs at this moment in time. 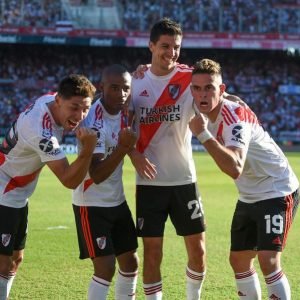 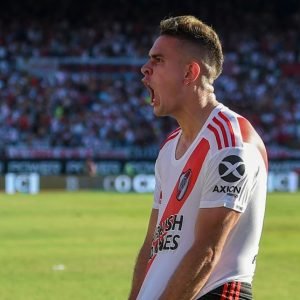