The club announced that the shot-stopper has joined Crystal Palace on a three-year deal, keeping him at the club until 2023.

The goalkeeper will be set for a reunion with former England manager Roy Hodgson in SE25 as he looks to rekindle his career in the top flight of English football.

The 27-year-old was once tipped as the future of English goalkeeping, being awarded nine caps under Hodgson, but has seen his career blighted with injuries and a loss of form over previous years.

Butland has since fallen down the Stoke pecking order, and the Potters have been open to offers for him in this window. He has not featured in the Championship this season.

Crystal Palace Chairman Steve Parish commented: “We have added another experienced player of high calibre to our squad in Jack. It marks a really successful window for us, with five quality signings, adding great depth to Roy’s squad.”

Roy Hodgson added: “I’m very happy that the club has managed to acquire the signature of Jack to join us and compete for a place amongst our goalkeepers at the club. Jack is a player that I worked with for four years at England.

“His last game for me as England manager was a very unfortunate one where he broke his ankle and that cost him his place in the 2016 Euros. But I’ve always believed in Jack’s potential.

Palace were in the market as late as Thursday night after regular backup ‘keeper Wayne Hennessey suffered a serious injury in Wales’ Nations League fixture against Bulgaria.

With backup ‘keeper Wayne Hennessey potentially ruled out with injury for many months, a move for the Stoke outcast makes sense for all parties.

At just 27, Butland still retains the potential to improve and rediscover his past form whilst providing meaningful competition and cover for current shot-stopper Vicente Guaita.

Butland’s latter stages at Stoke were marked by error and injury – but all parties are keen to see Butland rediscover his form as he ambitiously looks to re-integrate himself in the England setup through Palace. Moreover, the severity of Hennessey’s injury could be the death knell for his time at Palace.

With the Welsh goalkeeper’s contract expiring in the summer, the long-term nature of Butland’s deal suggests that he is viewed as a longer-term backup option for main ‘keeper Vicente Guaita. As a result, Butland’s acquisition represents a shrewd and relatively risk-free acquisition for the club.

Is Jack Butland a good signing for Palace? 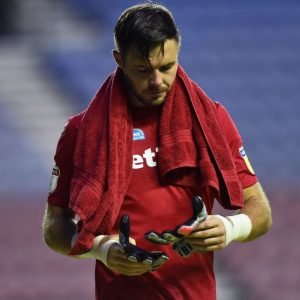 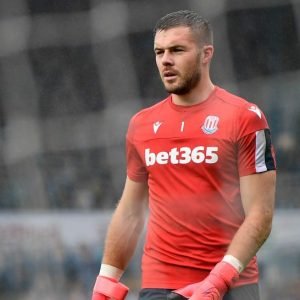