Crystal Palace have confirmed that two of their academy prospects, Jadan Raymond and Fionn Mooney have signed professional deals with the club.

The Palace pair both turned 17 last week and have been at the club since under-11 and under-9 levels respectively.

Both players have also been capped at under-17 level for England, though Mooney is eligible to play for the Republic of Ireland, whilst Raymond has featured at youth level for Wales.

Speaking with Palace TV after putting pen to paper, Raymond re-iterated his local London roots as he expressed his pride at signing a professional deal: “I grew up in South Norwood, so I’ve always seen the stadium from my bedroom window and heard the crowd chant.

“Back when Palace were in the Championship, when I was eight or nine. I saw Zaha, you know, just doing his thing and it is a great feeling to know that I am part of that now.”

Mooney echoed his teammate’s proud sentiment as he spoke to Palace TV: “It is a proud moment for me, my family and everyone that has helped get me to where I want to be today – the smile on their faces is just awesome and I’m looking forward to the future.”

Upon the exciting news for the pair, Chairman Steve Parish added: “I’d like to congratulate Fionn and Jadan on becoming contracted, professional footballers. This is an important moment for them and their families as they reflect on their respective journeys through our Academy so far, and one they should celebrate.

“But now is the time for them to refocus, work even harder, and continue to put in outstanding performances for our Academy teams. I wish them every success for the future here at Crystal Palace.”

The news will come as huge boost for the club as the Eagles look to raise the quality of their academy system.

The club was approved for Category 1 status in July – the highest awardable category – and so tying down two prospects to professional terms offers immense stability for the club at youth level going forward. 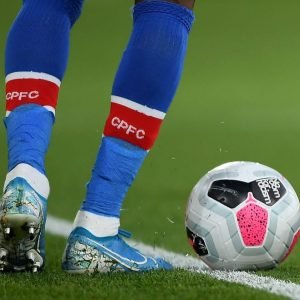 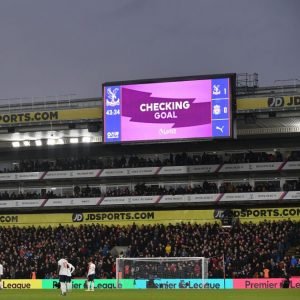