Crystal Palace have been dealt a blow ahead of their weekend trip to London neighbours Fulham after manager Roy Hodgson ruled out a key defender with injury.

Veteran defender Gary Cahill suffered a nasty injury during the draw with Brighton after Seagulls captain Lewis Dunk issued a two-footed lunge on the Palace stalwart. The Seagulls’ captain was subsequently sent off.

The defender was pictured along with his teammates at the Eagles’ Beckenham training facility recently, though Hodgson had previously confirmed his initial return to first-team preparations at the start of the month.

The centre-back has since been rebuilding his fitness and he looks to work his way back into Roy Hodgson’s starting XI.

The squad was recently boosted following the return of extra senior squad members, such as Jeffrey Schlupp and Patrick van Aanholt. Schlupp and van Aanholt were featured in the squad that took on rivals Brighton at home, with the former starting out wide.

This news comes as a clear blow, having just re-integrated Cahill into the starting XI following injury.

Whilst Tomkins appears to be building up his fitness, it was unlikely he would start against Fulham; he was likely to be eased slowly into action without risking further exposure.

However, Cahill’s injury may force the Eagles boss to risk Tomkins.

With Tomkins joining other regular senior players in returning to the fold, Hodgson’s dilemma in selecting a range of options is a consolation.

Palace can take comfort with the greater depth they possess as they look ahead to Saturday’s clash, though Cahill’s presence and leadership will surely be missed.

Palace take on Fulham as they look to break a winless run of three games.

Will Palace struggle without Cahill? 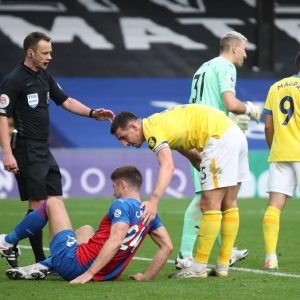 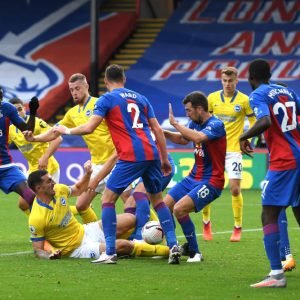