Riedewald has started back-to-back Premier League fixtures for the first time since January, putting in a fine midfield display for Roy Hodgson’s side. Palace’s victory saw the former Ajax talent go one better; he capped a fine progressive midfield display with a goal in Saturday’s 2-1 victory for the Eagles over Fulham in the 8th minute.

In only his second start this season, Riedewald drifted forwards from midfield and curled a sumptuous ball from talismanic forward Wilfried Zaha into Fulham’s net. The Dutchman has struggled in his three years in SE25 since moving from Ajax in 2017, only featuring 42 times during that period.

Palace’s victory at Craven Cottage caused the Eagles to move up to seventh place as of Monday, with 10 points from their opening six games – and Riedewald’s new-found role as a more dynamic midfielder seems to be suiting him perfectly.

Considering that injury had whittled down the available team options, Hodgson’s faith in Riedewald as of late has been more than repaid. In a personal landmark for the versatile Dutch player, Riedewald will undoubtedly be delighted with his efforts as he managed his first goal for the club.

Palace fans shared in this moment of personal triumph, taking to Twitter to express their delight…

Twitter: Guaita and Riedewald contracts should be a priority (@Phillyconcarne)

Twitter: There’s legitimately a case following the last few games, that after Wilf, Riedewald should be the next name on the teamsheet. (@pnm1979)

Twitter: Jairo Riedewald is superb by the way for us. He has to play in the centre all season! #CPFC (@AdamDaubeney)

Twitter: Jairo Riedewald is the best midfielder in the world (@Valentino_cpfc)

Will we see another Riedewald goal this season? 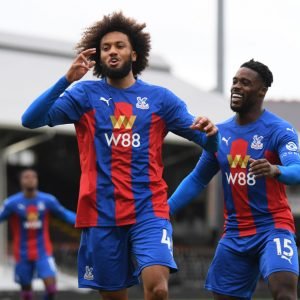 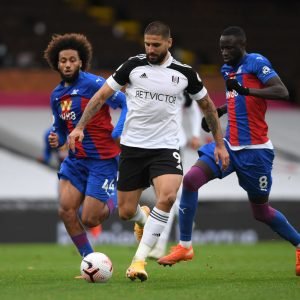