Crystal Palace’s Dutch dynamo Jairo Riedewald is soaring from strength to strength – and is more than making his case to be a regular starter for Roy Hodgson’s  Eagles.

Riedewald has evidently attracted Hodgson’s faith. He started back-to-back Premier League fixtures for the first time since January, putting in a fine midfield display for Roy Hodgson’s side.

Indeed, Palace’s victory over the Cottagers saw the former Ajax talent go one better; he capped a fine progressive midfield display with a goal in Saturday’s 2-1 victory for the Eagles over Fulham in the 8th minute.

In only his second start this season, Riedewald drifted forwards from midfield and curled a sumptuous drifting pass from enigmatic forward Wilfried Zaha into Fulham’s net.

The Dutchman has not gone without his own personal difficulties. He typically struggled in his three years in SE25 since moving from Ajax in 2017, only featuring 42 times during that period. He has been deployed in a diverse range of positions; he was brought in from Ajax as a ‘libero’ central defender in Hodgson’s words, but has been deployed frequently as a left-back and a defensive midfielder.

With that in view, Riedewald’s varied and complicated spell at Palace only magnifies the beauty of his first goal. Riedewald will undoubtedly be delighted with his efforts as he managed his first goal for the club, but it is much a signal of intent to force Hodgson’s hand into favouring him more often as it is an individual triumph.

When the underlying statistics surrounding Palace’s clash with rivals Brighton is considered on top of his Fulham display, the case for him to hold down a strong role only increases. A pass success rate of 95.8 per cent was the highest of any player to feature in the draw, demonstrating Riedewald’s composure, vision, and presence in dictating Palace’s play.

Twitter: Jaïro Riedewald in his two Palace starts this season:

In the Brighton game, he was unfortunate not to cap his performance with a fine assist. A perfectly weighted curling pass found its way to Michy Batshuayi, who powered through on goal and thundered a shot that found its way into the roof of the net. Unfortunately for both players, Batshuayi was adjudged by VAR to have been fractionally offside, with his knee’s protrusion being the only barrier to a Riedewald assist.

Palace’s victory at Craven Cottage and their draw the weekend before has caused the Eagles to move up to seventh place as of Monday, with 10 points from their opening six games – and Riedewald’s new-found role as a more dynamic midfielder seems to be suiting him perfectly. Given his boundless agency in delivering a needed victory, it will be increasingly difficult to comprehend how Riedewald would not feature in Hodgson’s plans, assuming his current form continues.

Should Riedewald Start against Wolves on Friday? 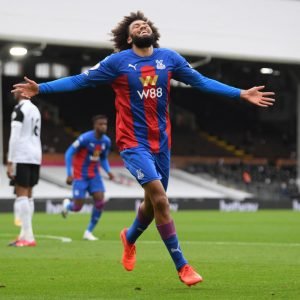 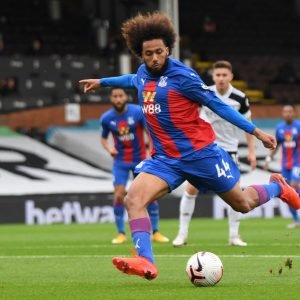