Crystal Palace winger and England international Andros Townsend has offered a bold verdict surrounding the future of fellow Eagle Wilfried Zaha, claiming he is in line to secure a major move away from SE25 if his goalscoring form continues.

In comments offered to talkSPORT, the former Tottenham Hotspur and Newcastle United footballer was keen to praise the in-form Ivorian attacker, who has impressively notched 5 goals and an assist in just 6 games this season.

Townsend seemed to tout a move, although he was quick to add that Zaha is very much focused on his game with Crystal Palace at present as he spoke to talkSPORT (10am, 27 October 2020):

“I think Wilf and the manager have made no secret that Wilf wanted to move this window. It’s not like he doesn’t like Crystal Palace or he has fallen out of love. He just believes that he was destined for bigger things, which I agree with.

“But when the transfer doesn’t happen, for whatever reason, he now obviously still loves Crystal Palace, he still wants to do his best and we are seeing this season that he is playing a more advanced role. I think he’s not our only option this season.

Insisting the relationship between club and player is strong, Townsend evidently feels Zaha is deserving of a move in search of European football.

This is not the first time that a move away from SE25 has been discussed for Zaha.

Former Arsenal head coach Unai Emery was reportedly a huge fan of the versatile Ivorian winger and was emphatically trying to lure him to the Emirates.

“We signed [Nicolas] Pépé. He’s a good player but we didn’t know his character and he needs time, patience. I favoured someone who knew the league and wouldn’t need to adapt. [Wilfried] Zaha won games on his own: Tottenham, Manchester City, us. Incredible performances. I told them: ‘This is the player I know and want.’ I met Zaha and he wanted to come. The club decided Pépé was one for the future. I said: ‘Yes, but we need to win now and this lad wins games.’ He beat us on his own.

“It’s also true he was expensive and Palace didn’t want to sell,” Emery concedes. “There were a series of decisions that had repercussions.”

Emery’s endorsement is indicative of the level that Zaha is ready to play at – and even Palace fans must concede that as bittersweet as it may be, Zaha does deserve to be seen playing at the highest calibre in Europe.

He is unlikely to fulfil that in south London.

Does Zaha deserve a move away from the club? 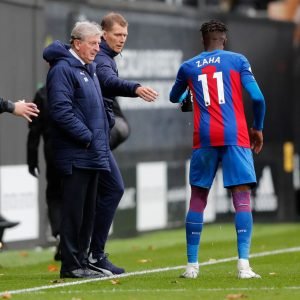 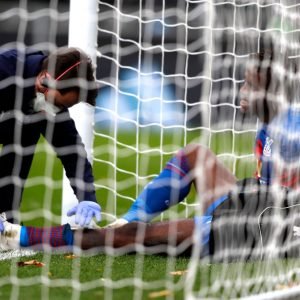