Crystal Palace goalkeeper Jack Butland could potentially be set to make a matchday squad for the first time since arriving at Selhurst Park after the club showed the keeper had returned to training on social media.

Butland was a late arrival at Crystal Palace on the last day of the domestic transfer window, with the ‘keeper arriving on a three-year deal for around £1m from Stoke City. The 27-year-old was brought in by Roy Hodgson to help fill the void left by the injury Wayne Hennessey, who is set to be out until around February, per Evening Standard.

The one-time England regular has yet to be included in the Crystal Palace squad since arriving at Selhurst Park, with the 27-year-old having contracted Covid soon after making the move from Stoke, which meant he was required to self-isolate from the squad, per The Independent.

In Butland’s absence, Stephen Henderson has been Vicente Guaita’s deputy in the Palace squad, but it has now emerged that the 27-year-old could return to first team contention for Hodgson’s side after the club’s official Twitter account shared an image of him returning to training.

Butland’s return to involvement would be a major boost for Hodgson’s side, with the ‘keeper an important option to have as backup to the dependable Guaita. The 27-year-old has plenty to prove after he endured a miserable campaign last term with Stoke, conceding an average of 1.6 goals per game before losing his place in the starting line-up.

The England international has been among one of the most highly-rated shot-stoppers in the Premier League in the past, and was described as ‘excellent’ by his former manager Mark Hughes. He recorded six clean sheets and averaged 4.1 saves per game (Sofascore) despite the Potters’ poor defensive record in 2017/18.

It is unlikely that he would be able to immediately take the number one spot, but having worked with him with England, Hodgson – who handed him most of his nine caps – is aware of the qualities that he possesses and he could therefore decide to offer him a chance in the team over the coming weeks as the fixture list piles up around the festive period.

Can Jack Butland establish himself as Palace's first choice keeper? 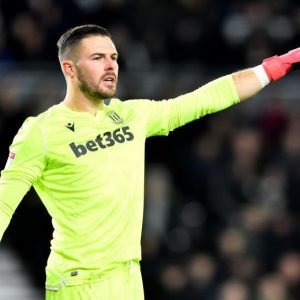 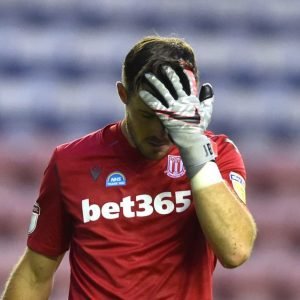