Crystal Palace are considering making a move for Valerenga IF defender Ivan Nasberg in January as Roy Hodgson’s side face the prospect of losing all of Scott Dann, Mamadou Sakho and Gary Cahill.

The experienced centre-back trio all see their current deals come to an end at the end of the season, with Dann attracting interest from a few Premier League clubs ahead of the winter window. The Eagles are hoping to tie down both Sakho and Cahill to new deals, with Hodgson viewing the pair as key performers at Selhurst Park, per The Sun (1 November, p59).

Nasberg has emerged as one of the best defenders in his native Norway, with the 24-year-old having helped his team concede just two goals in their opening five matches of the current campaign, and he has averaged 3.3 clearances and 1.2 interceptions per game (Sofascore). That form has seen the centre-back on the verge of being handed a first international call-up, per The Sun.

It is thought that Valerenga could be ready to cash in on the defender – who made his first team debut for the club back in 2013 – for around £1m, with the 24-year-old’s current deal set to expire at the end of the 2021/22 season, per The Sun. However, the Eagles face competition from fellow London-based Premier League side Fulham for his signature.

This would be a promising move by Crystal Palace, with Nasberg likely to be a low-cost and therefore low-risk addition to a squad which is need of refreshing with younger players in the centre-back positions. Signing players in that area is crucial for the Eagles’ long-term progression, with the possibility of losing their three most experienced defenders in the summer.

The 24-year-old has surpassed 100 appearances for his club which shows that he has plenty of experience under his belt, and the time could now be right for him to leave Norway and try his hand at the Premier League. Selhurst Park could be an ideal place for him to go and get regular minutes in a top European league.

Palace might have to move quickly to secure a deal, though, with Fulham also in need of extra quality at the back; and considering he is available for around £1m, you would expect that one or two other clubs could also be taking a look at the defender.

Should Crystal Palace make a move for Nasberg? 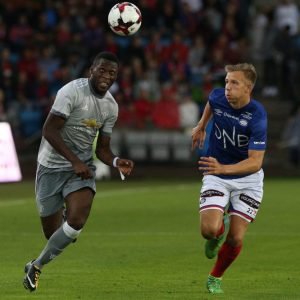 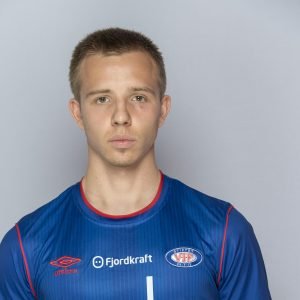