Crystal Palace are thought to be close to signing Tottenham right-back Kyle Walker-Peters, and the news has left a section of Spurs fans bemused.

According to The Athletic, cited by the Daily Mail, the 22-year-old looks set to arrive at Selhurst Park on a six-month loan.

The same report claims that Roy Hodgson is edging closer to bringing Everton striker Cenk Tosun to the club, also on a temporary deal.

But it was Walker-Peters’ move that gained plenty of traction on social media.

@Daily_Hotspur shared the news on Twitter on Wednesday, and these supporters were confused about the proposed move across London for the defender.

Twitter: @Daily_Hotspur @TheAthleticUK I assume this means we have a replacement lined up

Twitter: @Daily_Hotspur @TheAthleticUK Maybe signing a rb if we are letting him go surely (@mabbsy1987)

Twitter: @Daily_Hotspur @TheAthleticUK Surely a RB comes in? They can’t be that stupid? (@N17yids1)

@dprogers24: *** what little depth we had at RB is now left with no depth.

@camzsavage: This has to mean that we’re signing a RB because ***?

Palace have been short at right-back ever since Aaron Wan-Bissaka’s move to Manchester United in the summer, with the Eagles failing to replace the 22-year-old.

Joel Ward also suffered an injury against Liverpool back in November and has been out ever since, so we feel as if a move for Walker-Peters makes perfect sense.

Walker-Peters has failed to break into Jose Mourinho’s plans, featuring just once under the new Spurs boss.

He also struggled to feature under Mauricio Pochettino prior to his sacking and has turned out just five times all season, totalling 422 minutes of action, via Whoscored.com.

The youngster could benefit with regular game time, and you’d expect him to get that under Hodgson should he complete a short move across London.

Will Walker-Peters be a success at Selhurst Park? 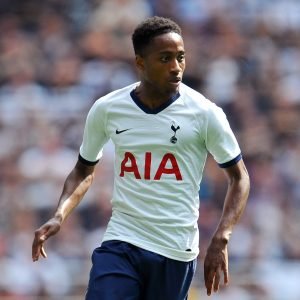 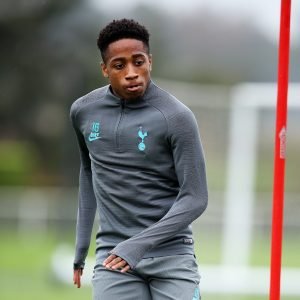