Manchester United manager Ole Gunnar Solskjaer has confirmed that Crystal Palace target Ashley Young will not play against Wolves on Wednesday, as reported on the Express.

As stated in the story, the Eagles are interested in signing the wantaway full-back. As reported by BBC Sport’s Simon Stone, Solksjaer said at his press conference that Young would not be involved at all in Wednesday’s FA Cup third-round replay.

The Englishman was set to join Inter Milan but according to Sky Sports, that move has now been put into severe doubt. The club captain has also rejected a one-year contract extension offered to him by the Red Devils.

The Eagles have been incredibly unlucky with injuries in recent weeks and are currently having a fitness crisis, which Roy Hodgson recently claimed is the worst he has endured during his time at the club.

A move for Young doesn’t initially seem attractive because he is 34-years-old but a short-term deal, in our opinion, could prove to be valuable at this time because of the numerous absentees.

I feel Young will provide some good cover for the time being so if Palace do sign him, I feel it should be only until the end of the season because after many of the players return, he could struggle to get a game. 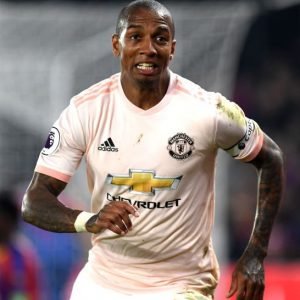