Yannick Carrasco is being heavily linked with a deal to join Crystal Palace on loan and it’s a move that has plenty of supporters excited.

According to Sky Sports’ Kaveh Solhekol, the two clubs have reportedly agreed a loan fee in the region of £3 million.

Solhekol adds that Carrasco’s wages could be a stumbling block for any potential move, with the Belgian reportedly earning over £100,000 a week in China.

Despite Solhekol’s claims, there have been some contrasting reports about how far along a move may actually be, with The Athletic’s Dominic Fifield playing down suggestions that a deal has been agreed yet.

Carrasco joined Dalian Yifang in 2018 but has endured a turbulent time in the Chinese Super League since making the switch (football.london).

In what could be viewed as a potential boost for Palace, Kristof Terreur reports that the player is keen to make a move to the Premier League.

These Crystal Palace fans on Twitter have been reacting to the reports and plenty appear to be quite excited about his potential arrival.

Twitter: @CPFC_NEWS_HQ @SkyKaveh Makes sense as he wants to be in contention to be selected for Belgium national team in Euros (@NoContext_Ali)

Twitter: @CPFC_NEWS_HQ @SkyKaveh Carrasco and Walker-Peters and I’d be very happy with the window. (@PalaceWaco) 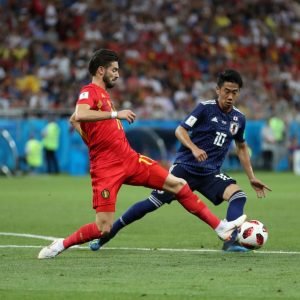 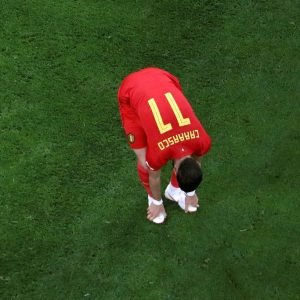