A number of Crystal Palace fans have reacted to a post from the club sharing a new angle of Jordan Ayew’s goal against Watford at the weekend.

The club have shared a clip of the goal from a camera behind the goal, highlighting how Palace brought the ball out from defence with slick passing before Ayew’s finish.

James McArthur beat the press with a clever pass to Christian Benteke, who turned his man brilliantly and fed the ball out wide to Wilfried Zaha. Benteke then kept Zaha’s cross alive in the box and McArthur then rolled the ball to Ayew, who then turned on the edge of the area and smashed the ball into the back of the net past Ben Foster.

Palace won the game 1-0, their third such victory in succession in the Premier League. They are also level on points with Burnley, who are 10th in the table.

These Palace fans on Twitter were delighted with the goal.

Twitter: @CPFC this was actually a much better goal than i thought it was fair play viva la hodgball (@JoelWardinho)

Twitter: @CPFC Love that Jimmy Mac picking up the ball on the edge of our box and then 3 passes later getting the assist in the Watford box #boxtobox (@sheffa203)

Twitter: @CPFC Does remind me of the team goal in the 5-0 win v Leicester. Great stuff. (@antgodwyn)

Twitter: @CPFC Great bit of football there with the boys 🔴🔵 (@Feemac20)

Twitter: @CPFC Beautiful goal also goes to show how good big ben is for us. (@THEDUBPRINCE)

Twitter: @CPFC Great goal actually. Under appreciated it at the time. (@WinsorPete)

Are you happy with Hodgson's contract extension? 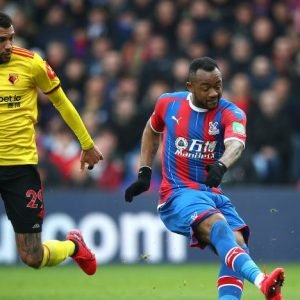 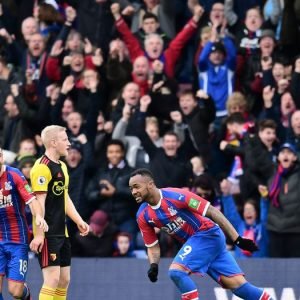