Crystal Palace should reignite their interest in Roma forward Patrik Schick following his comments about a move to the Premier League.

Schick, who is currently on loan at RB Leipzig, says that he is interested in a move to England and mentions that Crystal Palace wanted him last summer.

He says that Dortmund, Schalke, Leverkusen, Everton, Palace and Valencia were all in the hunt to land him before he joined Leipzig.

Speaking to iSport.cz, as transcribed by the Daily Mail, Schick said:

When I left the Czech Republic, my dream was to play in Italy and I achieved that.

Now, I feel very attracted to England, to be honest.

Leipzig was absolutely the right choice for my career. I had also talked to Borussia Dortmund, Bayer Leverkusen and Schalke here in Germany.

In England, there were Everton and Crystal Palace, plus Valencia in Spain.

Schick has been impressive for Leipzig in Germany this season, with seven goals and two assists in just 10 Bundesliga starts. This incredible record has not been able to make him a regular starter, though, due to the unbelievable form of Timo Werner – who has scored 21 goals in 24 starts for Leipzig.

If Schick does become available this summer upon his return to Roma, Palace should look to make a move for him. He has made it clear that he would be keen to join a Premier League side and Palace have had prior interest, so the pieces appear to be falling into place for Roy Hodgson to swoop.

Palace have scored the second-lowest number of goals in the Premier League this season, suggesting that adding a prolific scorer could be a huge boost to their squad. Schick’s record of seven goals in 10 starts suggests that he could be the man to fill the goalscoring hole in Palace’s team. 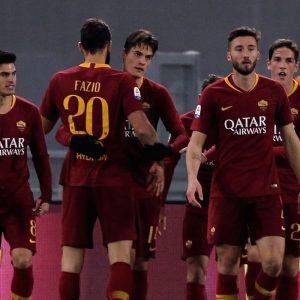 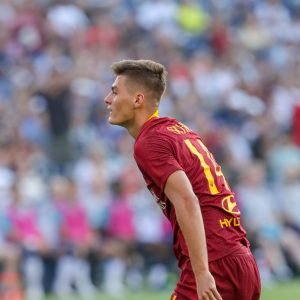