A number of Crystal Palace fans have reacted to a report linking the club with a move for River Plate forward Rafael Santos Borre.

Some Palace fans are less than convinced about the report, despite it being an interesting proposition on paper.

According to El Intransigente, Palace are interested in signing Borre from River Plate this summer to strengthen their side.

The report also claims the Colombian international has a release clause in his contract, with any club able to speak to him if they are willing to pay €25m for his services.

Roy Hodgson’s side have only scored 26 goals in 29 Premier League matches this season, which is the second-worst record in the league behind Norwich. This highlights their need for a goalscorer to bolster their squad, with Borre a potential target.

Borre has scored 12 goals in 18 league starts for River Plate this season, averaging an impressive WhoScored rating of 7.10. This shows that he could be the goalscorer Palace are lacking.

These Palace fans reacted to the report.

Twitter: @CPFC_NEWS_HQ He’s good on Fifa that’s all I know about him (@cpfc_fp)

Twitter: @CPFC_NEWS_HQ If “interested” means ‘yes we’re aware he exists and probably wouldn’t say no if he was free but wil… https://t.co/X3qTVzN8zL (@machutuck)

Would Borre be a good signing? 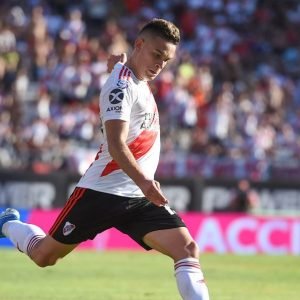 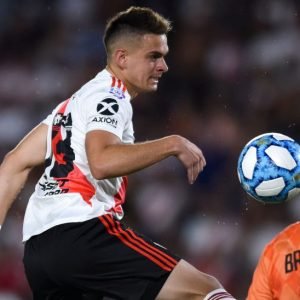