A number of Crystal Palace fans have taken to Twitter to react to a report linking Vincente Guaita with moves to join either Valencia or Manchester City.

According to Spanish outlet Golsmedia, the pair are both keen on signing Guaita from Palace this summer.

The report claims that both clubs have been tracking Guaita this season and are considering summer swoops for the Spanish shot-stopper.

His contract expires at the end of next season, with Valencia and Manchester City looking to take advantage of the situation.

Guaita has been in excellent form for Palace in the Premier League, producing a number of fine displays. In fact, only five other Premier League goalkeepers can boast a higher save percentage than Guaita this season, who has saved 75% of the shots on his goal this term.

He has also started 27 of Palace’s 29 league matches, recording a solid WhoScored rating of 6.82.

These Palace fans reacted to the report, with many hoping to see him stay.

Twitter: @CPFC_NEWS_HQ Contract is up end of next season and I think Palace have the option of another year? This is his age… https://t.co/Vo8lVIBXIH (@brock_a_d_84)

Does Guaita deserve a new contract? 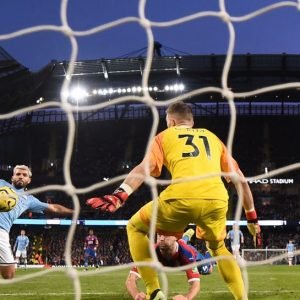 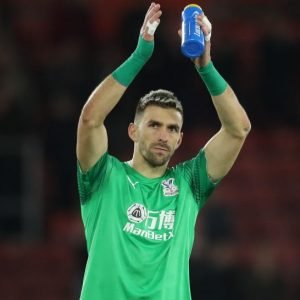