A lot of Crystal Palace fans are showing goalkeeper Vicente Guaita how much they adore him following his post on Twitter.

Following recent events, he has advised people to stay indoors to keep safe, but also shown that he is still training to try and keep fit for the season when it returns.

The Spaniard has had an impressive season in South London so far, making 88 saves and keeping nine clean sheets, while only conceding 27 goals in 28 games.

These impressive statistics have seen him become a fan favourite, and it has been a great bit of business for the Eagles, who signed him on a free in July 2018.

However, his performances have caught the eye of other clubs, as it has been recently reported that his former club Valencia are interested in signing the player.

While some fans might be worried about the prospect of him leaving in the summer, his post on Twitter looks to highlight that Guaita is happy in South London and is focused on his future at the club.

Here’s how some Palace fans reacted to the star’s post:

Twitter: RT @andy_lucey: Could we possibly love this bloke anymore than we already do.
Red and blue in his veins 🔴🔵 (@neiog)

Twitter: This guy is awesome.
Walked straight into the club and just gets it ❤️💙

Is Guaita your POTY? 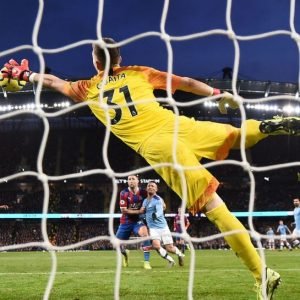 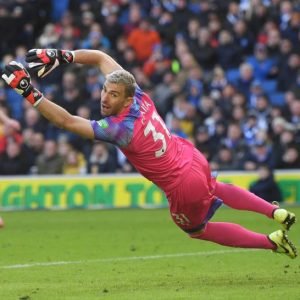