Watford’s record signing Ismailla Sarr still remains a transfer target for Crystal Palace although a late bid of £25 million has been rejected, according to The Athletic.

The Athletic understands their offer was believed to be worth an initial £25 million — which they considered realistic in the current financial landscape — on Friday morning having deliberated over whether to formalise their interest over the last few weeks.

The Watford Observer understands that Sarr’s entourage was also contacted by the Eagles towards the start of August to explore the viability of an offer. The source also understands that Sarr was a concrete target for Hodgson’s side before he instead joined the Hornets from Rennes.

Any deal would need to be reached soon to materialise ahead of Friday’s 5pm transfer deadline.

Manchester United have previously expressed an interest in the player but are now unable to register Sarr for Champions League fixtures. Therefore, they are unwilling to meet the Hornets’ £45 million valuation for a player that could only feature in the Premier League.

Watford play derby on Friday, with Sarr expected to feature. Watford consider their rejection to be the end of the matter, but that is subject to change.

When the time pressures and Watford’s valuation are considered, they render a deal as difficult to complete.

Clearly, strong compromise will need to be reached for a deal to occur. Sarr is adept on either wing and could provide strong offensive support, but he won’t come cheaply.

The Athletic also references Roy Hodgson’s satisfaction at Palace’s current business, with Eberechi Eze, Nathan Ferguson and Michy Batshuayi added to the ranks, along with Nathaniel Clyne on a short-term deal. Palace are also retaining Wilfried Zaha in SE25.

Palace are in no panic – they may be better off holding back their transfer funds to explore the possibility of alternative, cheaper deals than pushing around the £40 million mark for Watford’s valuation of the Senegalese international.

The Athletic has confirmed that Stoke City’s goalkeeper Jack Butland is likely to join the Eagles before the window’s deadline at 5pm.

At this stage, a deal for Sarr appears to be extremely unlikely. 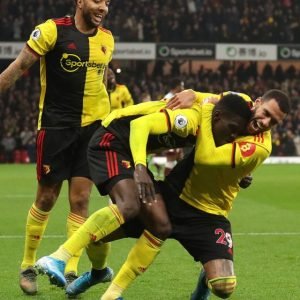 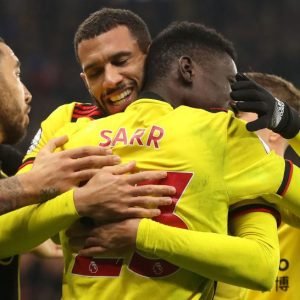