Jack Butland will wear the previously vacant number one shirt at Crystal Palace for the 2020/21 season, the club has confirmed. The shirt has not been worn by any other player since Julian Speroni departed the club at the end of the 2018/19 season.

Speroni featured for the Eagles 371 times since joining from Dundee FC in 2004.

The number 1 shirt is identical to the number Butland wore during his time at Stoke and is the traditional number of choice for goalkeepers. Its association with Speroni’s time with the Eagles will remain strong and sentimental with multiple generations of Palace fans after serving as an ever-present figure between the posts during his 15-year spell in SE25.

Welsh international goalkeeper Hennessey is expected to be out until around February having returned from the international break with a problem in his quad that he sustained featuring for Wales.

As a result, the club may have dropped a significant hint in bestowing the number one shirt upon Butland as they indicate he will certainly fill in for Hennessey’s absence and compete to be the club’s number one choice in goal.

Hennessey’s omission from the Premier League list renders him ineligible to feature for the club, at least until the end of the winter transfer window, seemingly confirms that Jack Butland will meaningfully compete with main shot-stopper Vicente Guaita, initially as a backup option.

Twitter: @CPFC @premierleague not sure how to feel about this yet (@cpfc_moir)

Twitter: @CPFC @premierleague Shame he won’t get to wear it much!! (@Pottero)

Is Butland worthy of the no. 1 shirt? 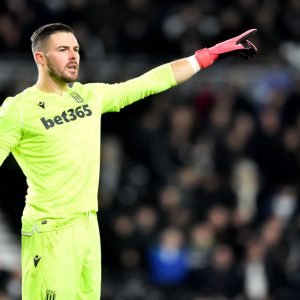 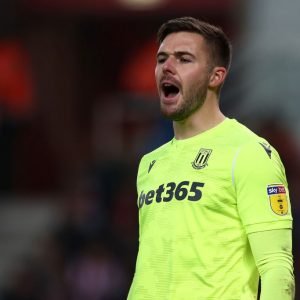