Crystal Palace have been handed a transfer boost ahead of the January transfer window after it emerged that a fellow Premier League side will sanction the departure of a contract rebel in January.

According to The Star, English midfielder John Lundstram, who is entering the final year of his contract with Sheffield United, has been allowed to leave by the Sheffield hierarchy before the expiration of his contract as they look to recoup a nominal transfer fee.

The club did offer Lundstram a new deal and that offer remains valid and on the table – though no significant breakthroughs have been reached. As a consequence, senior figures at Bramall Lane have now reluctantly decided to consider any bids they receive for the former England under-20 international when the transfer window re-opens in the new year.

Lundstram has found the net 8 times since departing Oxford United in 2017 and helped the Blades to comfortably remain in the Premier League in the 2019/20 season – even scoring the winner against the Eagles in their 1-0 home victory.

Burnley, Crystal Palace and Rangers were all reportedly monitoring Lundstram’s situation over the summer window, but the club received no formal bids or enquiries for their contract rebel.

With Lundstram unlikely to sign a new deal, the midfielder could be available for a minimal fee and would represent a superb bargain by the club – but does Hodgson’s side need any new midfield reinforcements?

The Eagles retain significant depth at present. James McArthur, Luka Milivojevic, James McCarthy, Max Meyer and Jairo Riedewald are just some of the key figures on the Eagles’ books at present.

Unless the Eagles were planning to lose any of them in the near future, Lundstram would face intense competition for starting XI places in SE25. Instead, the Eagles would be better off reinforcing positions lacking in depth. 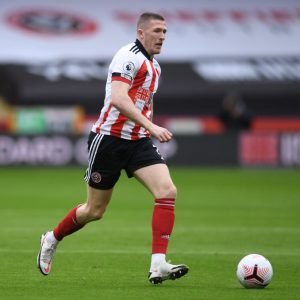 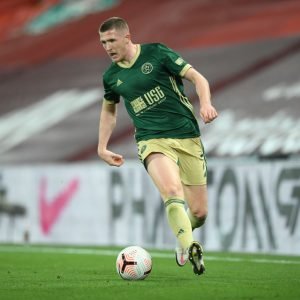