Crystal Palace winger and talkSPORT Pundit Andros Townsend has had his say in no uncertain terms on the impact that VAR is having on Premier League football – calling for the technology to be scrapped.

Townsend was uncompromising in his damning assessment of the refereeing technology, commenting on its impact on the emotional aspects of watching and playing in football matches.

Despite the changes and amendments to rules and procedures, Andros called upon the use of VAR to be scrapped for the long-run good of the game.

For Townsend, it was clearly not a question of simply the rules themselves – and this offers some merit.

No matter how many times there have been amended issues, VAR controversy appears to be a cyclical feature of the modern league.

“It ruins the raw emotion of football.”

Moreover, there is a sense from Townsend of a nostalgia towards unbridled goal celebrations without the worry of deflation from a VAR decision that may resonate with vast swathes of fans of football.

It is hard not to empathise with Townsend as a result, though there is a danger of moments of myopia; scrapping the technology fully may lead to an increase in goals incorrectly awarded, or hefty fouls not seeing due punishment, for instance. Nonetheless, Townsend raises key questions of the way in which the sport is officiated.

Townsend was frank and honest of his perspective as he spoke to talkSPORT:

“I don’t think anyone has a problem with referees themselves, they’re just trying to navigate through the new laws the same way we are.

“The problem we have is with VAR and the interpretation of the rules.

“Slowly and slowly over the years, the rules have changed so much that we have a game we don’t even recognise.

“I’ve never been a fan of VAR, even if it was 100% perfect and got everything right, I still think it ruins the raw emotion of football.

“If you score a last-minute goal, you go wild, but if your shoulder’s offside it doesn’t count.

“Then next time you score, you’re not going to celebrate as intensely, so you lose the raw emotion.

“The fact it’s making so many mistakes, we need to get rid of it.”

It may well be a trade-off between traditional football euphoria and genuine fairness in the future as lawmakers seek to renew and review the laws that govern the game we love.

Football fans wasted no time in having their say on Twitter…

Twitter: @Badders15653431 @talkSPORT @andros_townsend I don’t think there is that many things that need checking each game,… https://t.co/JHSPa7vuVm (@TommySas84)

Twitter: @talkSPORT @andros_townsend Give the managers one chance to use VAR per game to challenge a decision rather than st… https://t.co/TH3nh1uozU (@Kevnffc)

Twitter: @Badders15653431 @talkSPORT @andros_townsend I actually think that is now the only way to deal with it. Players kno… https://t.co/Vn3FfH5r2T (@tonykular)

Should VAR be scrapped? 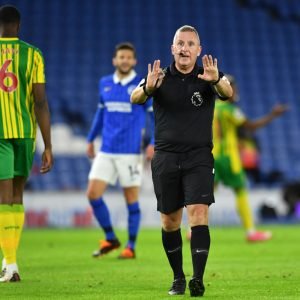 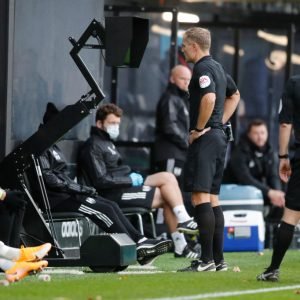