Crystal Palace defender Scott Dann has emerged as a potential January transfer target for some unnamed Premier League clubs, after Roy Hodgson’s side fielded interest from Burnley for the defender in the summer.

Dann is currently into the final year of his contract worth around £60,000-a-week, which means that Palace run the risk of losing the experienced 33-year-old for nothing at the end of the season. It had been reported a few weeks ago that Burnley were interested in taking the centre-back to Turf Moor as a potential replacement for Ben Gibson, per The Sun (27 September, p61).

The defender has endured a few injury troubles during his six-year spell at Selhurst Park, with a cruciate ligament injury having kept him out for a prolonged period between the 2017/18 and 2018/19 campaigns, per Transfermarkt. However, Dann still provides plenty of experience and is a reliable performer when called upon by Hodgson.

It is thought that the defender’s situation at Palace is being monitored by some unnamed Premier League clubs ahead of the January transfer window, with those clubs interested in making a cut-price move for Dann due to his contract expiring in the summer, per The Sun (1 November, p59).

Dann has still been an important figure for Palace during the opening weeks of the campaign, with the 33-year-old having made three Premier League appearances so far this term, including their 2-0 loss at Wolves last time out. In those games, he has averaged five clearances per match, which shows his ability to read the game and get the ball out of the danger zone (Sofascore).

Palace’s ability to sit deep at times and absorb pressure from opponents enables Dann to be a key presence in the team. The 33-year-old has been a loyal and dependable servant for Palace since he arrived at the club, so to lose him for free would seem like something of a raw deal for the Eagles.

Hodgson will need to assess whether giving Dann to a potential rival in January could come back to haunt Palace if he flourishes at his new club. The defender has been labelled as a ‘stalwart’ by Hodgson in the past, illustrating his importance to the squad.

However, if they are in a comfortable position in the table by January, then it could be worth cashing in on Dann and looking to continue the rebuilding of the squad.

Would you allow Scott Dann to leave in January? 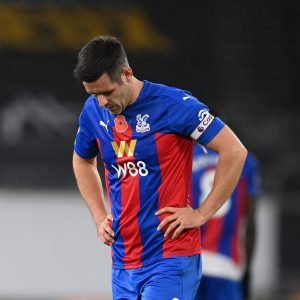 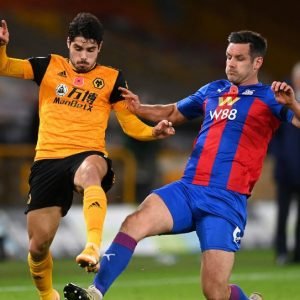