A number of Crystal Palace fans have been debating whether the club should make moves for either full-backs Marcos Alonso or Jordan Amavi following transfer reports linking them with the pair.

Palace are facing the challenging prospect of having to replace a number of their key players, with the Eagles hoping to sort out new contracts to the likes of Scott Dann, Patrick van Aanholt and Gary Cahill, per Daily Mail. However, were they to lose any of those players, they would need to source potential replacements.

The Eagles are reportedly interested in making a potential move for Alonso, per Daily Mail. The Spaniard has fallen well down the pecking order at Chelsea under Frank Lampard, having made just 18 league appearances last term (Sofascore). The experienced left-back has not featured since being brought off at half-time in their 3-3 draw at West Brom back in September.

Palace are also monitoring the situation of Marseille defender Amavi, per Daily Mail. The full-back has impressed in Ligue 1 over the last few years after leaving Aston Villa back in 2017, having had a brief spell with them in the Premier League. The 26-year-old could offer a younger alternative for the Eagles to bring in were they to lose Van Aanholt.

Many Crystal Palace fans were keen to suggest that Alonso would potentially be too much of a gamble given his age and lack of form over the last few years. Some were much more open to the idea of Amavi arriving, with one supporter feeling he could complement Eagles youngster Tyrick Mitchell.

Alonso is a terrible idea. Amavi may interesting.

Amavi is a baller I wouldnt mind him

Amavi would be a good choice. He'd compete with Mitchell. Healthy competition is always a good thing.

Mitchell needs to be pushed by someone.

I think Amavi just is a much better fit of profile for a FB that would fit Roy's system and compliment Mitchell.

This doesn’t make much sense at all considering the fact that not only do we have Tyrick Mitchell (21) at left back but getting Alonso or Amavi doesn’t fit Palace’s plans of bringing in young talented players. https://t.co/Vu4xOQ79yF

Would you sign either Marcus Alonso or Jordan Amavi? 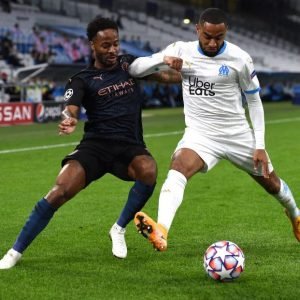 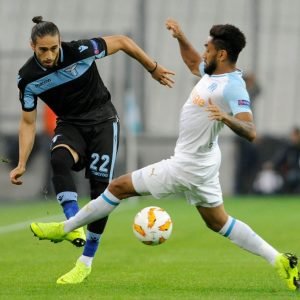