Fenerbahce are accepting the fact that they will lose midfielder Ozan Tufan in the summer and are asking for around £10.5 million for the player, according to Milliyet.

They also reported earlier this year that Palace had scouted the midfielder, but at the time they were wanting £20 million.

Their valuation has dropped for the player due to recent events and the club still needing money to fund their transfer targets, so the Eagles might be able to get a cut-price deal for the player. Fellow Premier League side Everton have also been keeping tabs on the player.

This could be a good signing for the Eagles and it looks like the club have noted the age of their current players in central midfield and highlighted that they will need to start rebuilding in that position soon.

Max Meyer, who can play in the middle is the youngest at 24, but reports have linked the out of favour German with a move away in the summer. Consistent starters James McCarthy, Cheikou Kouyate, Luka Milivojevic and James McArthur are all over the age of 29, with McArthur being 32 years old.

The Scotsman plays furthest forward out of the central midfielders and is relied on by Roy Hodgson to try and create the most attacking threat.

However, if you compare his offensive statistics to Tufan, the Fenerbahce player has on average more key passes per game than McArthur, 1.4 compared to 0.9, and also outshines him in shots per game and successful dribbles per game 1.9 to 0.8.

This highlights how he could add a great attacking threat and a bit of creativity, something that the Eagles have been missing, in the middle of the park this season. The side have only managed 26 goals in the Premier League this campaign, which is the second fewest, so a spark in the middle who has an eye for goal could be an ideal solution to their problems.

Would Tufan be a good signing? 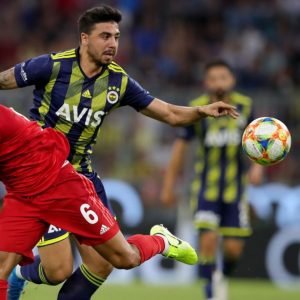 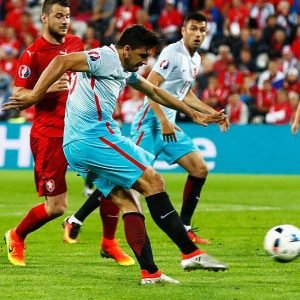