Former Palace defensive ace Nathaniel Clyne could be making a surprise return to Selhurst Park after manager Roy Hodgson had previously raised the prospect of a contract offer.

Clyne had been training with the Eagles for the previous two weeks as a free agent following his release by Premier League champions Liverpool during the summer.

The defender had previously suffered an ACL tear and missed the entirety of the 2019/20 season. Clyne has not played a competitive match since December 2018, but rounded off an impressive trial spell with 45 minutes of action in an U23s game against Aston Villa.

Hodgson has been a long-term admirer of Clyne, awarding him all bar one of his 14 international caps for England. Upon the club’s confirmation of Clyne’s temporary return to regain fitness, Hodgson hinted a permanent arrangement could be reached.

“Yes, it might be [with a view to a contract],” hinted the Eagles boss.

Crystal Palace’s manager was quick to dampen any apparent certainty of a deal, remarking:

“…Of course, a lot hinges on Nathan Ferguson, the player we have actually brought in to be a right-back at the club and to compete for a place there.”

Hodgson has since revealed to the South London Press that a deal is going to be offered.

“Nathaniel has played that game we wanted him to see him play in, but now it’s a question of [sporting director] Doug Freedman meeting with his representatives and Nathaniel himself and seeing if there is some sort of deal that will suit both parties,” revealed the Palace boss after a 4-0 loss at London rivals Chelsea on Saturday.

Roy appeared to be convinced by Clyne’s progress:

“Yes, I did [see enough], but more importantly, I saw him in the two weeks of training. He’s still a way off the level of fitness and the level of playing that we think he’s capable of but that’s not so surprising when you see the amount of time he’s had away from the game due to injury.”

Joel Ward is currently the only available right-back at the club, with Ferguson recovering from a meniscus tear he sustained in January. Consequentially, a short-term deal for Clyne would benefit all parties immensely.

Were Ward to suffer a severe injury, and with right-sided Martin Kelly also out with injury, Palace would ordinarily be left reliant on academy products or a makeshift defender to fill the gap.

As a result, any deal for the 29-year-old would offer immense defensive certainty as Palace look to recover a spell of good form after the international break. 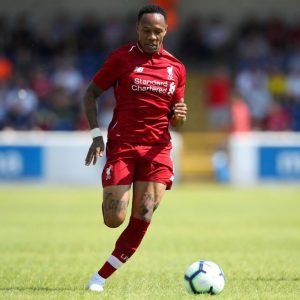 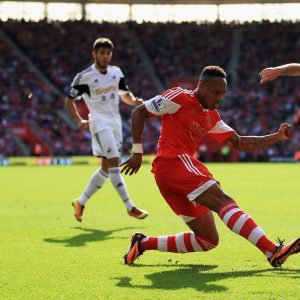