Crystal Palace are reportedly set to complete a deadline day deal for England international Jack Butland as he looks to move away from Stoke City.

According to the Daily Mail and the Telegraph, the goalkeeper will be set for a reunion with former England manager Roy Hodgson in SE25 ahead of Friday’s 5pm transfer deadline.

The Eagles made formal contact with Butland’s current club Stoke on Thursday night and a deal is expected to be more of a formality.

The 27-year-old was once tipped as the future of English goalkeeping, being handed is debut under Hodgson, but he has seen his career blighted with injuries and a loss of form over previous years.

Butland has since fallen down the Stoke pecking order, and the Potters have been open to offers for him in this window. He has not featured in the Championship this season.

The interest comes as regular backup ‘keeper Wayne Hennessey suffered a serious injury in Wales’ Nations League fixture against Bulgaria. He was replaced by Stoke City’s Adam Davies in the 1-0 win over Bulgaria – the Potters’ preferred shot-stopper.

Palace would ordinarily have only Stephen Henderson as further backup.

With backup ‘keeper Wayne Hennessey potentially ruled out with injury for many months, a move for the Stoke outcast makes sense for all parties.

At just 27, Butland retains the potential to improve and rediscover his past form whilst providing meaningful competition and cover for current shot-stopper Vicente Guaita.

His experience and age will offer longer-term depth between the posts, with both Guaita and Hennessey entering the final year of their contracts.

Will Butland be a good signing for the Eagles? 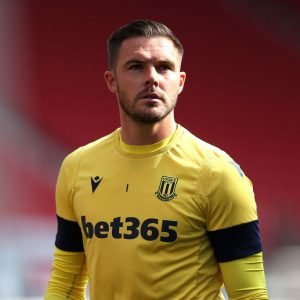 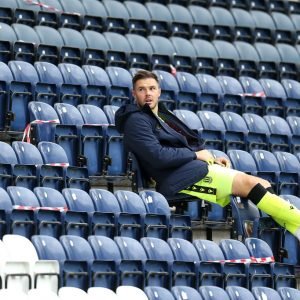