Crystal Palace are plotting a potential move to sign Chelsea midfielder Conor Gallagher next summer, with the 20-year-old having impressed during recent loan spells away from Stamford Bridge.

Gallagher is currently on a season-long loan at West Bromwich Albion and the 20-year-old has already shown flashes of his ability at The Hawthorns, averaging an impressive five tackles, 0.8 key passes and 1.5 successful dribbles per game in his opening four league appearances for the Baggies (Sofascore).

That form has already started to be noticed by other Premier League clubs, with the Blues having received enquiries about the England under-21 international, per The Sun (15 November, p62). The likes of Newcastle and Leeds are also interested in the midfielder, suggesting that Palace could face a frenetic battle to secure his signature.

It is believed that Chelsea value him at around £10m, per The Sun (15 November, p62). Crystal Palace had been linked with a potential move for the 20-year-old during the summer transfer window, and it had even been reported by Football London reporter Oliver Harbord that a loan move was close. However, he instead joined West Brom on loan for the 2020/21 season.

Gallagher is a player with a lot of potential which he demonstrated last season during two successful loan spells in the Championship with both Charlton Athletic and then Swansea City. The midfielder registered six goals and eight assists across his two temporary spells away from the Blues lin 2019/20, as well as creating ten big chances and averaging 1.2 shots per game (Sofascore).

The England under-21 international fits the bill at Palace, who are trying to reduce the age of their squad and bring in more talented young players following on from the arrivals of Nathan Ferguson and Eberechi Eze in the summer. He has already been described as ‘impressive’ and likened to Chelsea legend Frank Lampard.

Palace are going to have to act swiftly to secure his signature, but for a fee of just £10m, Gallagher could well turn out to be a real bargain addition for the Eagles. Depending on how well the likes of Eze and Ferguson perform this term, it could persuade the 20-year-old to follow suit and join Roy Hodgson’s side.

Should Crystal Palace make a move for Gallagher next season? 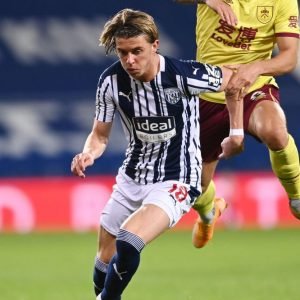 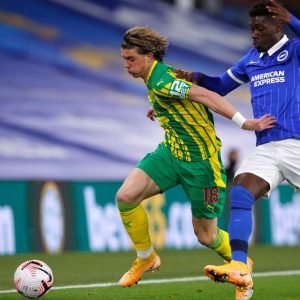