A number of Crystal Palace fans have been reacting to reports linking the Eagles with a potential January move for Real Madrid forward Mariano Diaz alongside the likes of Everton and West Ham.

Diaz made a £21m move to Real Madrid from Lyon in 2018 after enjoying an excellent season in which he registered 18 goals and four assists in Ligue 1. The 27-year-old had been signed by the French club from the Spanish giants in 2017, but they decided to bring him back to the Bernabeu after his impressive campaign in France.

However, since his return to Real Madrid in 2018, he has struggled to make much of an impact, having only managed to make 13 La Liga appearances in the 2018/19 season in which he scored three goals and averaged 1.2 shots per game and a passing accuracy of 75% (Sofascore).

Last season he fell even further down the pecking order, making just five league appearances, and he has failed to get back into the first team picture at the start of this term. The 27-year-old is believed to be interesting Crystal Palace, Everton and West Ham, with Real Madrid placing a £25m valuation on the forward, as per Spanish media outlet Sport.

Many Crystal Palace fans have been suggesting that the Eagles should avoid making a move for Diaz given his lack of game=time over the last two seasons, although who argued it would not be a bad idea given they only have Michy Batshuayi on loan from Chelsea.

Based on his stats (I haven’t seen him play) he doesn’t seem that impressive of a player. It looks like his best season was the 2017-2018 season where he had 18 goals and 4 assists in 34 games with Lyon. Since then he hasn’t managed more than 3 goals in a season. Warning signs. https://t.co/lLpkiOjnTT

Rather put that on Sarr https://t.co/wp97wjMQxS

ok this would be a madness

In 17/18 I honestly thought he was one of the best players in the world he banged Ligue un. Just didn’t click under Zidane

I wouldnt mind him as we only have Batshuayi on loan

Would Mariano Diaz be a good signing for Crystal Palace? 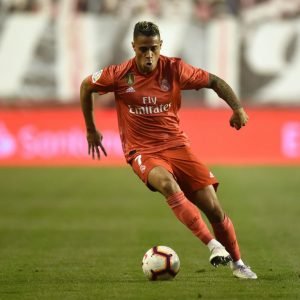 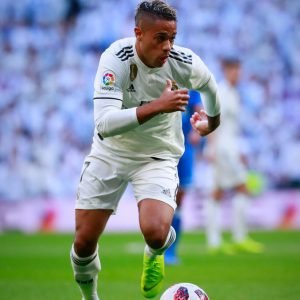