A number of Crystal Palace supporters have been debating whether the Eagles should offer Roy Hodgson another one-year extension to his contract at the end of the season.

It had been reported that Hodgson had been convinced to stay on at Selhurst Park for another season during the summer after he held positive discussions with chairman Steve Parish, and the former England manager put pen to paper on a new one-year deal to see him through until the end of the 2020/21 season, per talkSPORT.

That means the Palace manager will once again see his contract set to expire at the end of the current campaign. The Eagles have managed to get off to a positive start to the season and sit eighth in the Premier League table. However, there have been moments so far this term where a conservative approach has seen them struggle to create chances going forwards.

A 4-1 win against Leeds United just before the international break saw Hodgson finally manage to get the best out of Eberechi Eze and Wilfried Zaha, with Jordan Ayew also impressing. The trio were all instrumental in the win, with Eze and Ayew both scoring their first goals of the campaign and Zaha grabbing his second assist (Sofascore).

Some Crystal Palace fans have urged the club to renew Hodgson’s deal and suggested that he is performing an excellent job at Selhurst Park, while one fan even reminded of the situation which led to his arrival in the first place following the abortive appointment of Frank de Boer. However, one fan also suggested that his negative tactics are a reason to consider a change.

Give Roy the top quality players with the right attitude to work hard for the team and we play great football as well as getting excellent results in the PL. saw it with RLC and again now with Eze. He’s been outstanding for CPFC . Top Drawer ❤️💙🌟

Definitely. Grass is always greener. FDB the example. Someone comes in and it's probably relegation as they try and change/ buy on a shoestring their own team which is harder than a top team. Need to start looking but Roy has to be part of it and ideally a staged hand over

Wouldve been no but he's figured out how to play Eze, Wilf and Ayew in a well worked system https://t.co/8nQq4z1zXB

Still think his old habits will return sooner rather than later and even after Saturday we’re still playing players out of position. I hope he goes out with a bang this season and we move forward next season

Promote from within? Shadow Roy with a view to stepping up.

No excuses now Jim, the board have the time to plan and be thorough with the process of appointing a new manager, they have time no need to rush.

Would you offer Roy Hodgson a new one-year deal again at the end of the season? 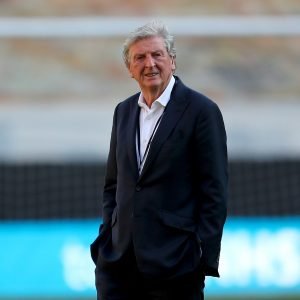 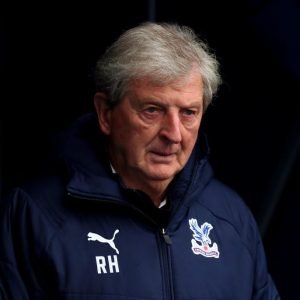