Crystal Palace winger Andros Townsend has taken a swipe at both Liverpool manager Jurgen Klopp and his Manchester City counterpart Pep Guardiola after the two serial winners called for the reintroduction of five substitutions per team in the Premier League.

The rule to change the number of substitutions permitted by Premier League clubs was temporarily altered from the traditional three to five after the restart to the division last season. However, in the summer, clubs voted in favour of scrapping that rule for the current campaign and reverted back to just three changes per team.

According to a recent report from The Athletic, there is the potential that the current season could see the highest tally of muscle injuries sustained to players during a single campaign. That is largely thought to be due to the reduced pre-season and the congested nature of the fixture list.

Both Guardiola and Klopp have seen their sides negotiate tough Premier League starts and also the beginning of their respective Champions League campaigns in the first two months of the season. The pair were both calling for the reintroduction of the five-sub rule after their 1-1 draw on Sunday.

Speaking to talkSPORT, Townsend provided insight into the potential negative impact that the rule could have for clubs outside of the established top six. The Englishman suggested that that rule would only serve to benefit teamas with larger squads and deeper financial resources and said that those clubs should have enough quality to break down lesser quality sides with three substitutions.

The Eagles winger said: “You look and Pep made one sub and Klopp made two subs, and one was enforced. You desperately want five subs to protect your players but when it comes to it you don’t even use the three you’ve been given?

“It’s not for me. It unevens the playing field and gives an advantage to the sides with the bigger squads.

Townsend offers the telling perspective of having played for a top-six club in Tottenham and now having experienced what it is like playing for a mid-table side in Crystal Palace. Therefore, the 29-year-old is well aware of the advantages the bigger clubs already hold against the so-called smaller sides in the Premier League.

While you can understand the likes of Guardiola and Klopp wanting to look after their players, this is the same issue faced by the rest of the division’s managers. Judging by the decision to reverse the rule prior to the start of this season, there seems to be a view from the majority of managers that a five-sub rule would simply enable better quality opponents to be fresher to inflict defeats on them more easily.

It seems unlikely that a return to the five-sub rule will be possible given that a majority of the clubs would have to vote for it, and so far it is only two of the league’s ‘big six’ who have called for it to be reintroduced at this stage.

Do you agree with Andros Townsend's comments? 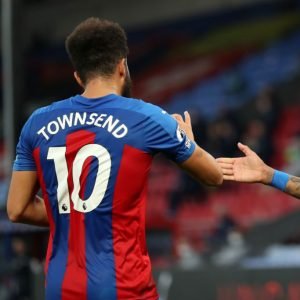 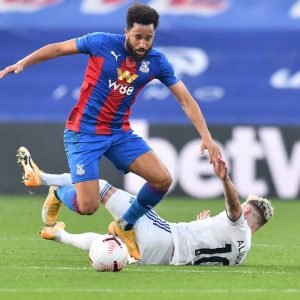