A number of Crystal Palace fans have been reacting to recent comments made by Everton forward Cenk Tosun about his spell on loan at Selhurst Park and his potential future.

The striker, who has won 44 caps for Turkey, arrived at Selhurst Park on loan in January, but his temporary switch to the Eagles was cut short in March after he suffered an anterior cruciate ligament injury during training. That ended any potential for Palace to re-sign him on a permanent deal this summer, which had been an option in the initial loan agreement.

Tosun managed to make just five appearances for Roy Hodgson’s side, during which he scored for the Eagles in their 2-2 draw away to Manchester City in January (Sofascore). Palace opted to move for Chelsea forward Michy Batshuayi in the summer instead, with the Belgian arriving on a season-long loan.

The Turkey international has managed to bring himself somewhat back out from the cold at Everton over the last few weeks, making two appearances from the bench at Newcastle and against Manchester United earlier this month. Speaking to the Merseyside club’s official website, he outlined that it was never his intention to move permanently to Palace in the summer regardless of his injury.

He said that “getting some minutes, getting some confidence and coming back stronger to Everton for this season” was his intention behind the loan move to Selhurst Park.

Many Crystal Palace fans were keen to point out that they would not have wanted Tosun to sign on a permanent deal for the Eagles. One fan suggested that his remarks indicate he has ‘ideas way above his ability’, while another slammed the Turk’s comments as ‘pointless’.

This guy had ideas way above his ability since day one https://t.co/Bc8zPrnRCT

At least that doors closed https://t.co/EMhwtVC4Ur

Wow cheers mate. Wasn’t getting a look in at Everton and we were ready to fully back him. Thank god we didn’t https://t.co/YRxh6xPELu

What is with this guy? I warmed to him when he was here despite not playing Wilf the ball against Brighton, I felt really bad for him when he had his injury and he comes out with this? Such a strange bloke https://t.co/yUhGsRU5uM

Quite. Certainly no chance of him coming back here. He’ll just say whatever he needs to say to be liked by where he’s at

Do you think Cenk Tosun will be able to force his way back into Everton's plans? 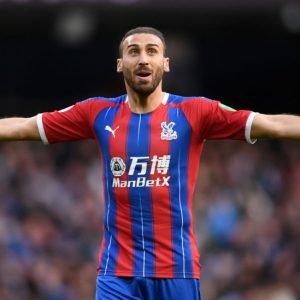 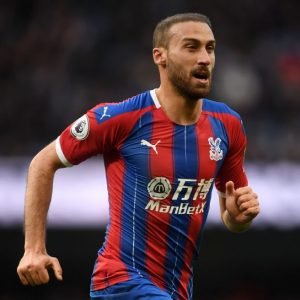