Crystal Palace have announced that Vicente Guaita has agreed a new deal to  keep the Spaniard at Selhurst Park until 2023.

The goalkeeper signed a three-year deal and there is also an option to extend that by a further year built into the contract.

Since joining on a free transfer from Getafe in 2018, Guaita has made 80 appearances for the Eagles, keeping 24 clean sheets in the process. He has also won the accolade of the club’s Player of the Month award on four occasions in his Palace career.

My family is really settled here in south London, and I have enjoyed my time with Roy, Deano, all the coaches, and my teammates playing in the Premier League, and have a great relationship with the fans of Crystal Palace.

Chairman Steve Parish added: “I am delighted that Vicente has committed his future to Crystal Palace. He is an extremely talented goalkeeper whose contribution has been invaluable over the last few seasons and I am sure will continue to be so in the upcoming months and years.”

Given his outstanding record for Palace in the Premier League, there can be little doubt that Guaita holds a crucial role in SE25.

Ending his contract uncertainty will be a major relief for Palace fans, who saw the Spanish goalkeeper heavily linked with a move to Real Sociedad in his native country.

Are you happy to see Guaita staying? 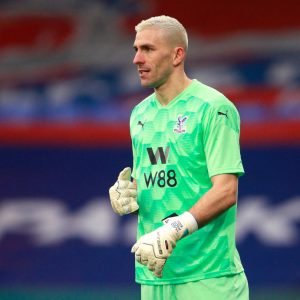 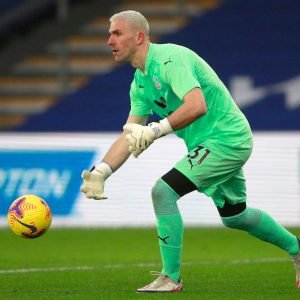