Former England striker Darren Bent has said that he is baffled by the sharp decline in Crystal Palace striker Christian Benteke over the last few years and believes he may lack the confidence to recover.

The 29-year-old has come under for his performances over the last few campaigns, with Alan Shearer even suggesting that the forward had become ‘scared to miss’ chances in the final third. That comes after the 38-cap Belgium international has only managed to register six Premier League goals over the last three full seasons for the Eagles (Sofascore).

Despite his poor form in front of goal, Palace handed Benteke an extension to his £120,000-a-week deal last year to keep him at the club until at least the end of the current campaign. That decision was criticised by Sky Sports pundit Charlie Nicholas at the time, and so far this season the Belgian has made just four league appearances.

Speaking to talkSPORT, Bent outlined his shock over the difference in Benteke from his time playing alongside him at Aston Villa. He also suggested he might not have enough confidence to recover his best form, saying:

I can’t believe it because I was with him at Villa. He took my place at Aston Villa. So when I think about it everything was tailor-made for him. Every free-kick we hit was ‘hit Benteke,’ every goal kick, throw in we just hit Benteke but that season he could not stop scoring.

And to see him in the form he’s in now and to go so long without a goal I can’t quite understand it because he was honestly brilliant at Aston Villa. Even some of the finished the chests and volleys, every time Aston Villa needed a goal Benteke would come up with it.

Now to see that Benteke there and to see the Benteke that we see today at Crystal Palace where he can’t buy a goal, I can’t quite understand what’s happened there. Confidence is massive but the way he’s playing at the moment it’s like he’s got no confidence left.

😮 “Benteke couldn’t stop scoring at #AVFC… he took my place!”

🤷‍♂️ “To see him go so long without a goal I can’t quite understand it.”

😣 “The way he’s playing right now he must have no confidence left!”@DarrenBent can’t believe how things are going for Benteke at #CPFC 🦅 pic.twitter.com/bmrnPiQOqQ

Benteke’s form under Roy Hodgson has been very poor, with the striker having only managed to register three goals in the Premier League during the last two campaigns. The Eagles may set up in a compact shape to hurt teams with pace on the counter, but that has not stopped the Belgian from having opportunities – he has missed nine big chances since the start of 2018/19.

With his contract set to expire in the summer, it would be a surprise to see him signing another extension and it could be the case that Palace might have to face losing the player who cost them £27m back in 2016. That would show just how much he has declined in recent years.

A fresh start seems to be the only possible way he could resurrect his career and give himself the chance to rediscover some form and confidence. Palace now have both Jordan Ayew and Michy Batshuayi to call upon and Wilfried Zaha is being used to good effect as a centre-forward this term by Hodgson, so the ex-Liverpool striker is unlikely to start too many games for them in 2020/21.

Should Crystal Palace get rid of Christian Benteke? 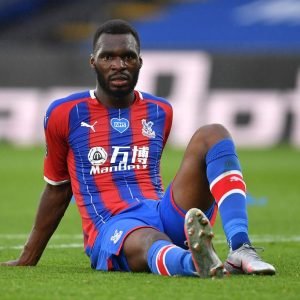 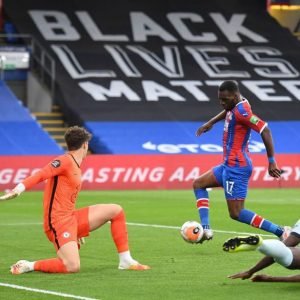