Crystal Palace have enjoyed a very encouraging start to the Premier League this season, with the Eagles showing signs of slowly altering their approach both on and off the field.

Roy Hodgson was retained as Crystal Palace manager for the season, signing a one-year extension to his deal after holding talks with Steve Parish back in March. The Eagles once again survived comfortably in the Premier League last term, but there were issues in attack with Palace scoring the second-fewest goals in the division with a mere 31 [TransferMarkt].

The Eagles were urged by pundits and supporters to address both the age of the squad and add more attacking talents to their ranks. Former Arsenal defender Martin Keown said that ‘big decisions’ needed to be made in the transfer market to prevent the squad ageing too much and help Palace to avoid losing all of the success built up by Hodgson.

Palace responded in the summer by bringing in the likes of Nathan Ferguson and Eberechi Eze, with the pair having emerged as two of the brightest young talents outside of the Premier League over the last few years. Tyrick Mitchell has also progressed into the first-team and already drawn comparisons with former Eagles right-back Aaron Wan-Bissaka.

Crystal Palace are reaping the rewards of that on the field with their strong start and improved goal ratio so far this term. The Eagles now need to show they can continue the upward curve beyond this year, and they are being linked with a fresh move to sign Chelsea’s rising star Conor Gallagher in the summer.

Gallagher is currently out on loan at West Bromwich Albion after catching the eye during loan spells at Charlton and Swansea last season. The 20-year-old’s performances saw him labelled as ‘different class’ by former Leeds striker Noel Whelan and also showed he has the potential to develop into an exciting and reliable creative midfielder.

Hodgson could well leave Palace at the end of the current campaign, or possibly sign a new one-year extension. Either way, the Eagles already seem to be planning for life after the 73-year-old with their approach to signing younger, up-and-coming players to develop. Gallagher’s arrival would only add to that shift in approach.

Undoubtedly the job Hodgson has done at Palace has been excellent, with the former England manager resurrecting his own reputation and helping the Eagles become a solid and stable Premier League club. However, it reached a point midway through last season where the squad was ageing and some fans were growing a little bored of the reserved style of play.

Bringing in flair players like Eze and Gallagher was not the approach Hodgson had adopted in his first few years in charge as instead  experienced campaigners were added to address immediate issues in the side, rather than looking to future progression.

Whether Hodgson leaves at the end of the campaign or stays on, Palace should continue their recent changes in transfer policy and secure Gallagher’s signature. Doing so would demonstrate further signs of their strong intent for the future when their wily old manager finally departs Selhurst Park.

Should Crystal Palace go all out to sign Conor Gallagher next summer? 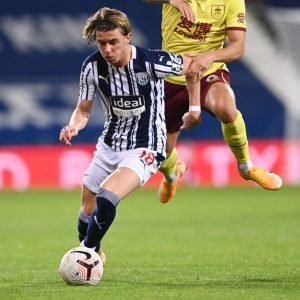 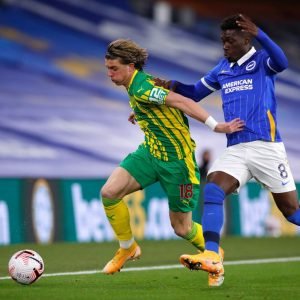