Reading manager Veljko Paunovic has insisted that the Royals are aiming to tie down in demand left-back Omar Richards to a new contract amid interest from Crystal Palace and West Ham.

Richards has emerged as one of the most improved performers in the Championship this season, excelling down the left-hand side of the Royals’ defence and playing a pivotal role in helping them to the upper reaches of the table during the opening months of the campaign.

The 22-year-old has flourished under Paunovic since the Serbian took over at Reading in the summer and he has helped the Royals to record six clean sheets in his first 12 league matches (Sofascore). Richards’ current deal is set to expire at the end of the campaign, which has alerted both Crystal Palace and West Ham to his potential situation ahead of a possible move, per TEAMtalk.

However, the Eagles’ chances of securing a deal could have been somewhat lowered by Reading remaining keen on convincing the left-back to remain with them. Speaking to Berkshire Live, Paunovic insisted that the 22-year-old is one of his team’s most influential players and that they are eager for him to sign a new contract.

The 43-year-old said: “He’s a very important part of the team. He has been one of the players who has had more games and minutes [than others].

“He has had fantastic participation so far and we’re looking at him as a very, very important part of the team, not only this year but also in the future.”

Richards would be an excellent addition for Crystal Palace, especially for a cut-price fee if he does not sign the new deal set to be offered to him by Reading. The Eagles’ shift in transfer policy means that he is the right sort of target to come in and add to the growing list of young players with lots of potential within Roy Hodgson’s squad.

The 22-year-old has shown he has plenty of defensive ability by averaging 1.8 clearances, 2.6 tackles and 1.3 interceptions per match so far this season for the Royals (Sofascore). He has also been a threat going forward, completing 2.1 successful dribbles per game, more than Wilfried Zaha’s 1.5, and has also made 0.6 key passes per match (Sofascore).

Palace will be hoping that he does not put pen to paper on the new deal being proposed to him by Reading. If he doesn’t, the Eagles should do everything they can to ensure they try to get the 22-year-old into the club ahead of West Ham.

Do you think Omar Richards would be a good signing for Palace? 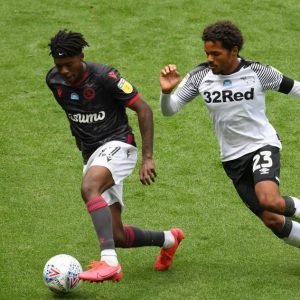 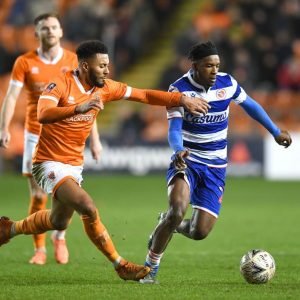