Ajax are preparing to make a move to sign Crystal Palace defender Patrick van Aanholt on a pre-contract agreement in January, with the Eagles still aiming to keep hold of him.

Van Aanholt’s current £55,000-a-week contract runs out at the end of the campaign, which means he can potentially sign pre-contract agreements with other European clubs during the winter window. The left-back is a key performer for Roy Hodgson’s side when fully fit and the Eagles are still hoping that they can tie him down to a new deal, per Football Insider.

The 30-year-old remained at Selhurst Park in the summer despite being linked with a move away from Palace and he missed the start of the campaign with a shoulder injury. The Londoners’ chances of keeping hold of him have been hampered by  the stalling of negotiations over a new deal  in recent weeks, per Football Insider.

Ajax are aiming to take advantage of that uncertainty by securing a deal for him on a pre-contract in January. The Dutch heavyweights are lining up a move for him as a potential replacement for current left-back Nicolas Tagliafico, who could be set to depart the club in the next two transfer windows, per Football Insider.

Van Aanholt has been an excellent player for the Eagles during his time at Selhurst Park and he remains an integral part of Hodgson’s side, having started the last three Premier League matches since returning from injury. Palace have altered their approach slightly with more of a focus on recruiting younger players, but they could still benefit from the 30-year-old’s experience.

The fact that a Champions League outfit like Ajax are interested shows the quality that the left-back possesses, and losing him on a free transfer would be a major blow for the Eagles. However, they are already eyeing up possible replacements, with Reading’s Omar Richards of interest.

The Dutch defender is not irreplaceable for the Eagles, but they would miss his calm presence in possession, having averaged 81% passing accuracy and 1.1 key passes per game last season for the Eagles (Sofascore). It would be interesting to see what they did in terms of looking for a replacement were he to leave the club.

Would you allow Van Aanholt to leave the club? 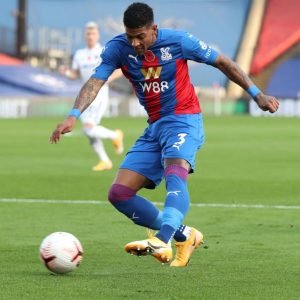 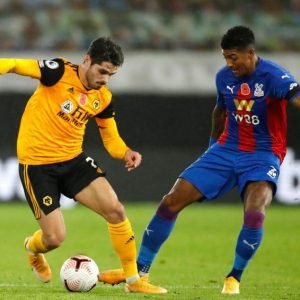