Patrick van Aanholt could be on his way out from Crystal Palace ahead of a possible deadline day move to Arsenal.

The Gunners are in the market for a new left-back following injury concerns over Kieran Tierney and the departure of Sead Kolasinac on loan to Schalke.

According to The Athletic, there has been no formal contact between Arsenal and Van Aanholt’s entourage, but a deal is not off the cards. Gunners manager Mikel Arteta was agonisingly cryptic when asked in his 10am press conference on potential incomings at the Emirates Stadium, claiming ‘we are on it’ when asked if Arsenal could secure a signing.

Arsenal are not the only suitors; it has been claimed that a number of top European clubs are monitoring the Dutchman’s situation.

Van Aanholt played the full 90 minutes in the Eagles’ 1-0 win over Wolves on Saturday and was noted for a superb performance both offensively and defensively.

The Dutch left-back joined the Eagles as part of a relegation survival rebuild under Sam Allardyce in January 2016 for £9m from Sunderland.

The 30-year-old was offered a new contract by Palace but talks stalled after failing to reach an agreement. He is out of contract at Selhurst Park in the summer.

There would be a certain logic in cashing in on Van Aanholt before he leaves as a free agent, but there would then be the issue of squad depth. Breakout prospect Tyrick Mitchell would be the only natural first-team left-back, although Jairo Riedewald and Jeffrey Schlupp can deputise in the role (Transfermarkt).

The differential is a fee – if the money is too good to ignore, then that is the only scenario in which the Eagles are likely to accept a bid.

Should Palace cash in on Van Aanholt? 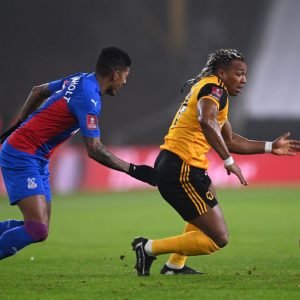 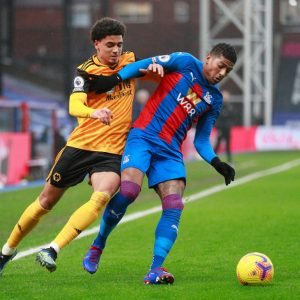