Crystal Palace manager Roy Hodgson has said that he expects both Christian Benteke and Patrick van Aanholt to remain at the club by the time the transfer window closes tonight.

The Eagles have seen few senior departures in this window, with the only main exit being Max Meyer’s release by mutual consent as he subsequently joined FC Köln. Any other departures thus far have been in the form of development loans, with the likes of Sam Woods, Nya Kirby and Scott Banks among such exits in this window.

Benteke and Van Aanholt, who are both in the final six months of their current deals, have previously been linked with moves elsewhere. The Belgian was a top target for Sam Allardyce at West Bromwich Albion, whilst the Dutch defender is a reported late target for Arsenal.

However, Hodgson declared that he had heard of no transfer developments ahead of possible departures in the closing hours of deadline day. Speaking to the media in his press conference today, the Crystal Palace manager shut down talk of them leaving, pending any last-minute changes, saying:

‘No, [there is] nothing I know about [van Aanholt leaving].’

‘Is he good enough to play for Arsenal? Yes, but it would be a real surprise to me.’

Retaining Palace’s depth both up front and at left-back is a shrewd decision from the club’s hierarchy.

The Eagles simply lack the time or the resources to bring in adequate cover in both positions and, despite likely losing out on a fee for both players, the duo’s retention will offer stability for the rest of the season.

Should Palace cash in on one or both players? 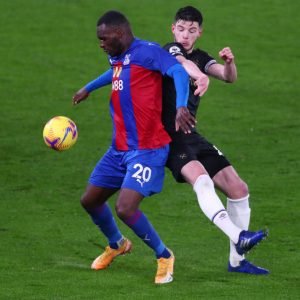 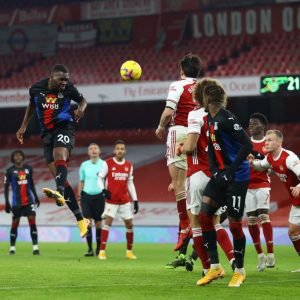